About the Living and the Dead

In the performance About the Living and the Dead, we stitched up fake wounds to our bodies with a real surgical thread. We gave cameras to the audience to document the piece. There were two video cameras that transmitted live on the walls. We wanted to juxtapose fake and real violence, a mediated image of a real and fake wound. We also wanted to display how much nowadays we depend on cameras to experience any type of event in our life. If we have not taken a selfie, then we don’t have a piece of evidence that we have been somewhere. We are not able to communicate this presence to anyone without this immediate photo or video registration.

Although in 2006 there were no smartphones, the invasion of micro digital imaging devices was already significantly changing the way we perceive the world and document it. We have technologically more individualized memories, through which we can tell our stories.

As a result, the photographs taken by the official photographer of the event turned out very different from the ones taken by the audience. The photographic record resulted in multiple versions of the story about our actions. We hoped for the performance to manifest the importance of the documentation for the interpretation of artwork or event. 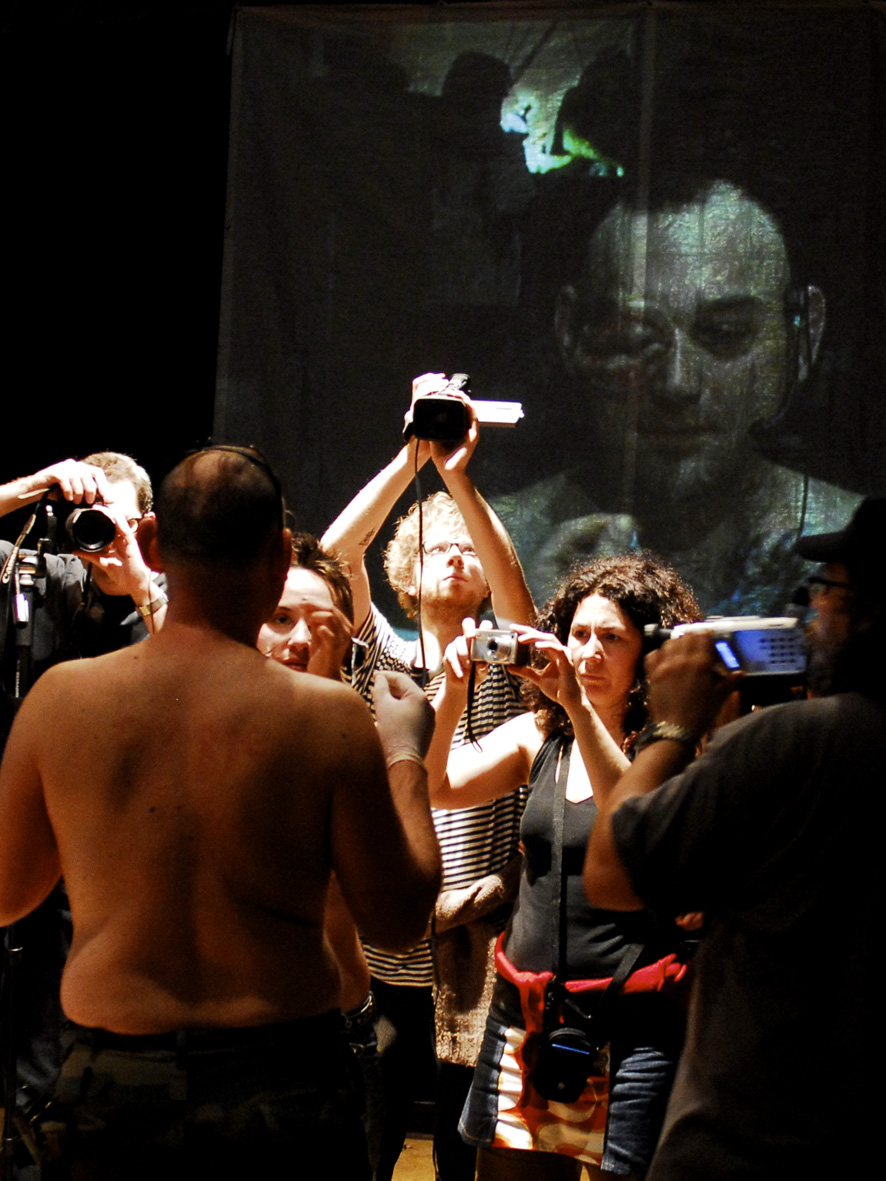