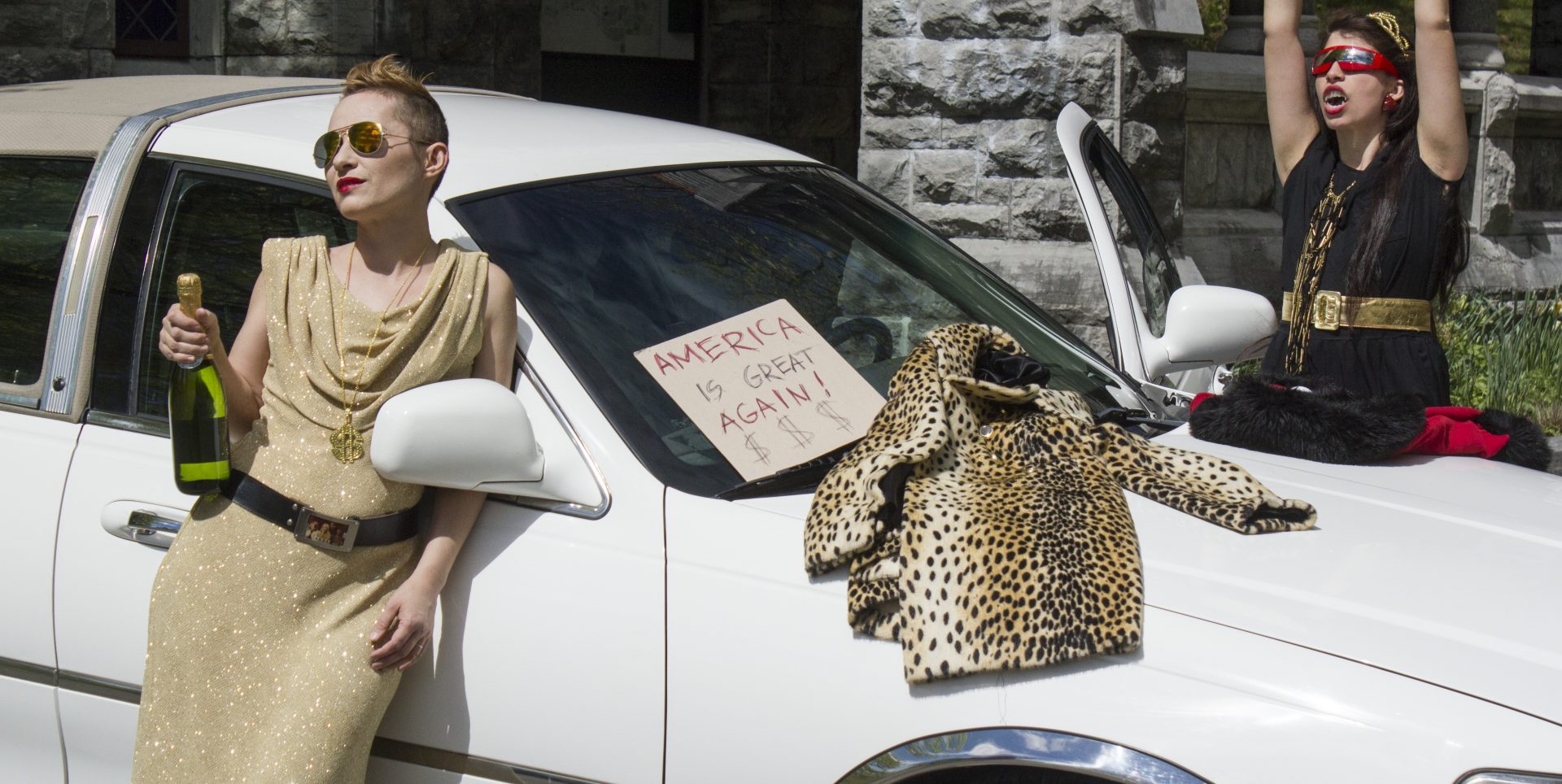 These performance photo series are inspired by President Trump’s slogan “Let’s make America great again!” –propaganda photos of the American dream as experienced by an immigrant from Eastern Europe.

Common photo narrative for many economic immigrants (and not only) is to strike a pose in front of luxurious cars and houses, which are not necessarily their property. These photos resemble a dream that even if these cars and houses are not theirs, they can be one day. It is like magic: if people put their bodies next to the object of desire, this object becomes theirs at least for the time of taking the photograph. Similarly, posing “as your idol” –dressed and acting up as if you were rich–can make you “be” your idol for the moment of creating the photographic document.

In other words, achieving the American dream, as we know it as immigrants, which is:  we will become rich and prosperous after working hard (or perhaps not working hard); can start with a posture, can be induced by the voodoo magic of photography, which “applies” to our bodies our desires and makes them come true. 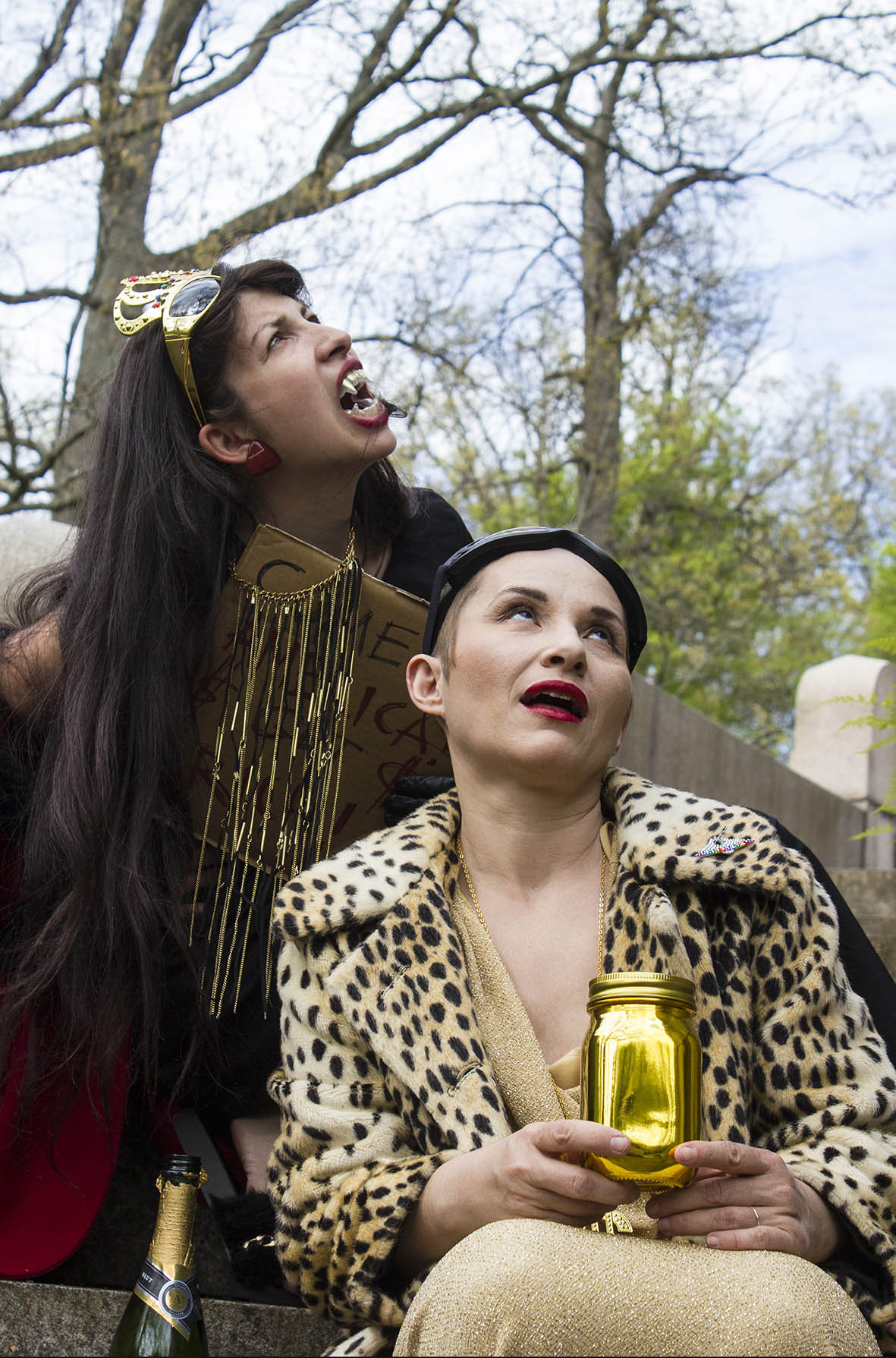 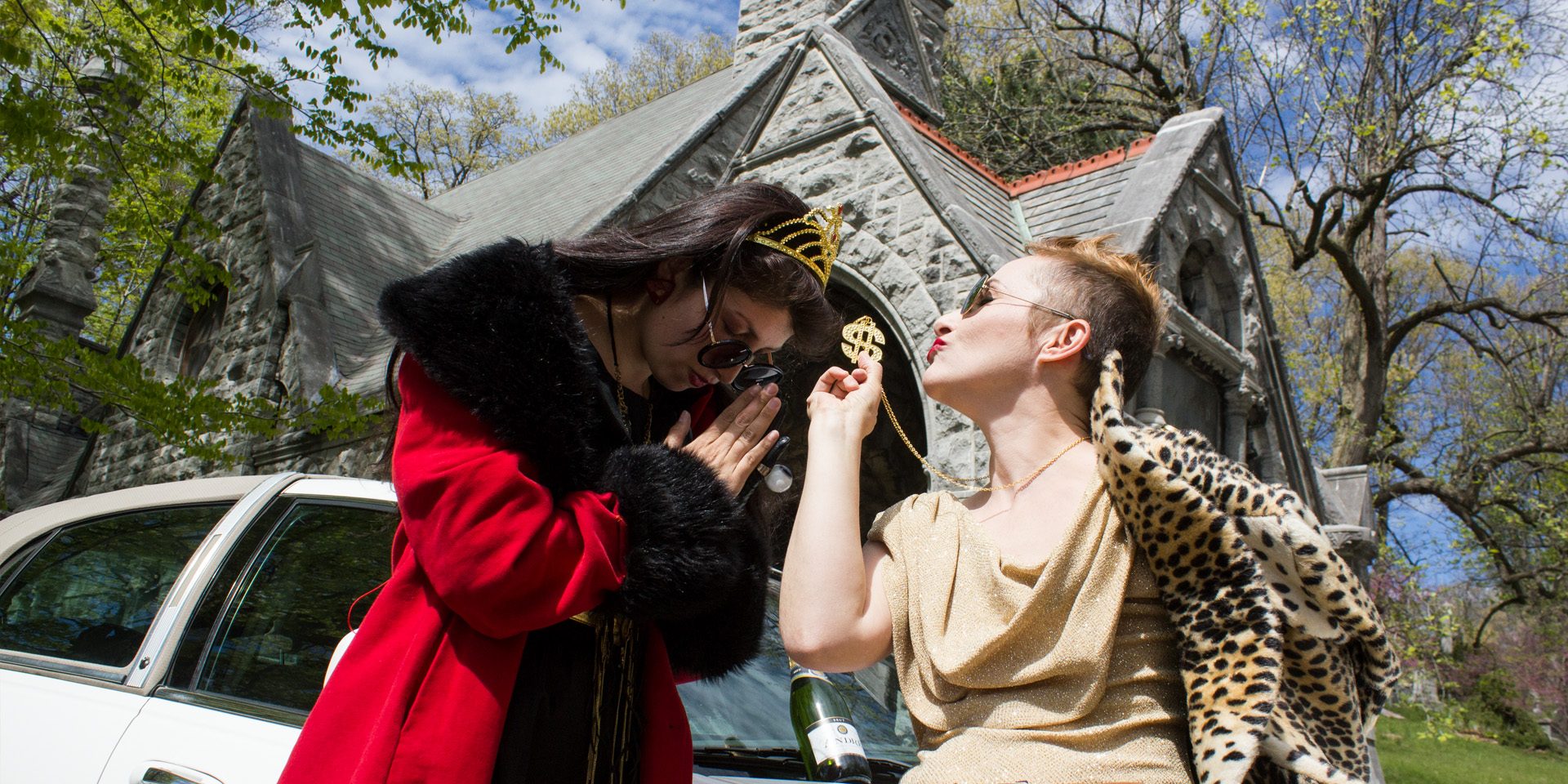 Both Selma and I are from poor European countries – Bosnia and Bulgaria. A huge number of people leave the country every year. Sometimes they live in horrible conditions just to make enough money to send back to their families in their home country but are never getting rich: they are doomed into “performing” their dreams, but never realizing them.

Our characters are something like cheap prostitutes-baggers, or members of a Cult of Cars and Graveyards, who pose in front of a Lincoln streetcar right next to the thumb-stones, wearing fake golden necklaces, ABBA belt, and golden vampire teeth. For their creation, I have been inspired by the wide variety of Internet memes that depict real people whose postures, outfits, and props create bizarre combinations of symbols, hard to read consciously, but quite provoking on a subconscious level. These memes are complex images that reflect the socio-political aspects of our times. In the case of my photo performance, I bring elements borrowed from immigrants’ economic dreams and their visual propaganda to engage the audience both consciously and subconsciously.