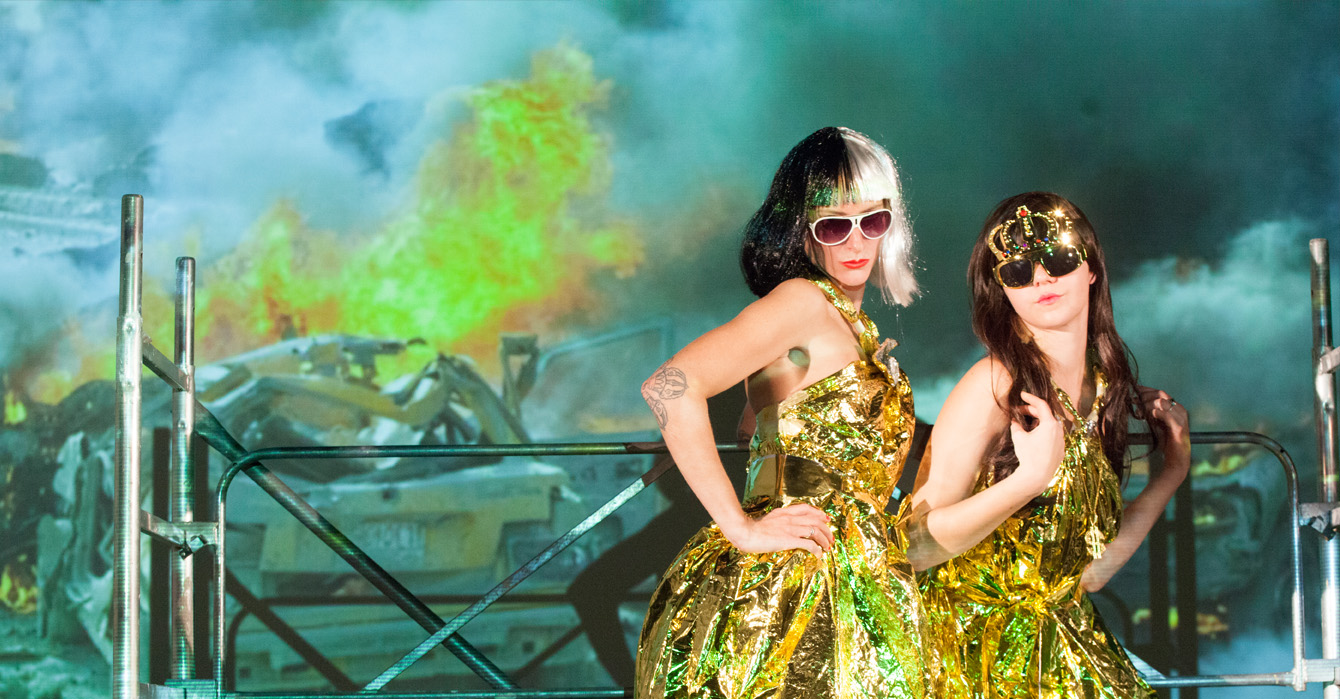 together with If Nickl, Sylvie Leiner and Alexandra Gschiel

Commissioned by: FACES Cyber Feminist Community, for its 25th anniversary

This performance is inspired by the images of Melania Trump produced after the Puerto Rico hurricane. Her model-like detachment from the reality of the currently happening disaster created the feeling that her photos from Puerto Rico are actually a fashion shoot, where a luxuriously dressed model is put in contrast with “the ordinary people.” The second inspiration was the  a La Marie-Antoinette selfie of Ivanka Trump, dressed in a foil-like dress, she made during the night of the first Muslim ban. This selfie, was juxtaposed to a Syrian migrant girl covered in a foil emergency blanket by the Internet users instantly.

In this performance, I and my assistant models pose for a fashion shoot and take selfies in dresses made of emergency blankets, wearing blinds and golden vampire teeth. On the background are projected photographs from the war in Syria and photographs of migrants who are covered with the same emergency blankets, our dresses are made from. The fashion photographer, who is giving us instructions how to pose, is also a participant in the performance.  The audience is also invited to take selfies with us on the background. 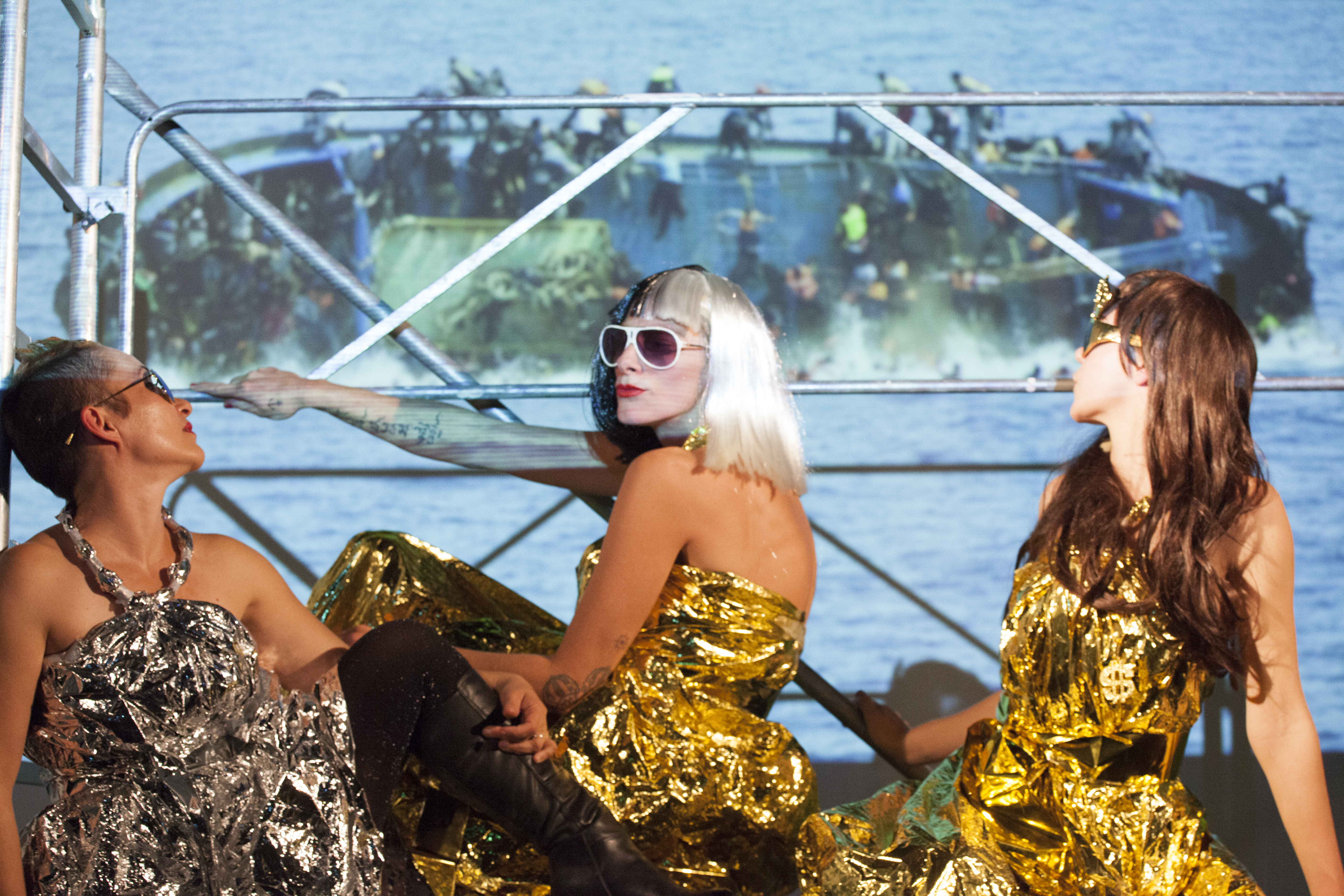